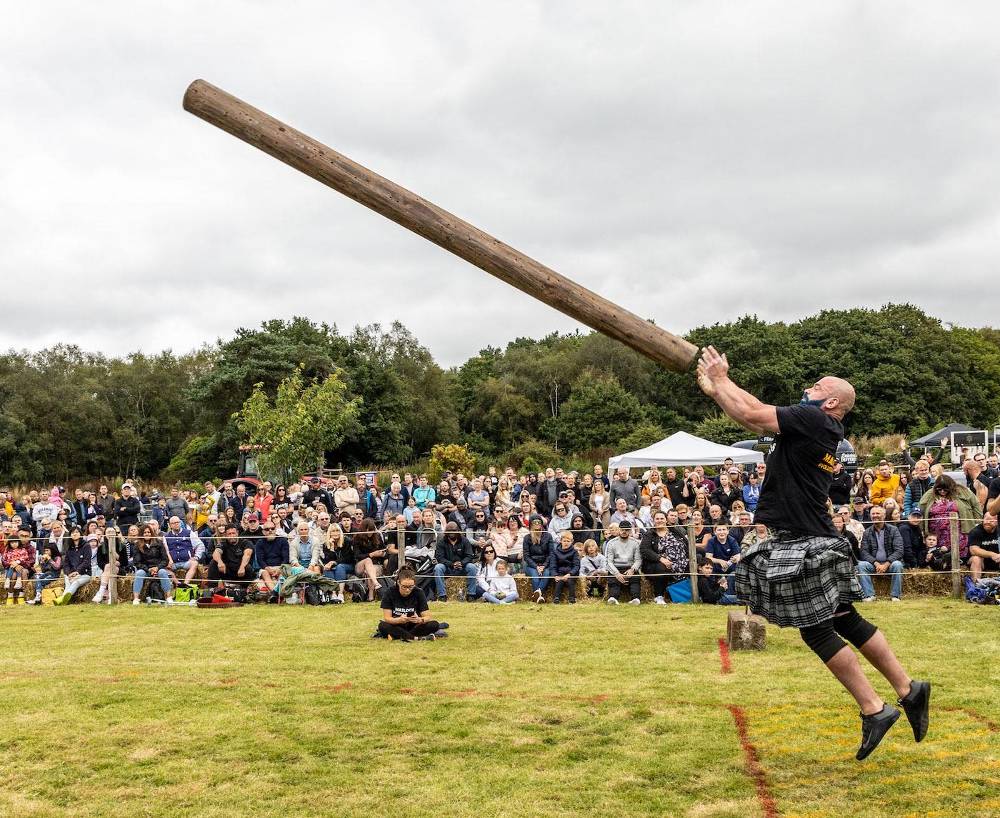 Some of the nation’s strongest men and women are coming to our region next month, to battle it out in the bid to be The Peak District Highland Games Champion 2022.

The flagship show, now in its seventh year, takes place at Matlock Farm Park on Sunday 28 August. It features athletes participating in six demanding strength events including the Tossing of the Caber, Eight Tonne Tractor Pull and Peak District Dinnie Stone Challenge. Beginning with a parade of the athletes accompanied by a Scottish Piper Band, the day sees an expert MC provide exciting commentary to enthuse the crowd, with the opportunity for spectators to even take part in a Tug of War.

Lotty Hawkins, Assistant manager of Matlock Farm Park said: “We’re delighted to be hosting this fantastic event once again. It’s such a favourite for so many people, whatever the age. It’s a real spectacle and with so much else going on in the park, there’s something for everyone”.

The day also features a range of food, market and craft stalls with a Bradfield Brewery beer tent and Franklin & Sons gin garden for Summer refreshments. There is an interactive exotic animal encounter, along with much of the usual fun of the farm park, including sheep racing, small animal handling and playtime fun with their new Enchanted Hamlet and Jumping Pillow.

The 2021 Games saw the introduction of Strong women at the event, who were warmly received by the crowd. Multiple Guinness World Record Holder Nicky Walters and teenage sensation Millie Thornton took on a mighty Tractor Pull and Caber Toss, but it was arguably Chloe Brennan who stole the show lifting the legendary Peak District Dinnie Stones. This year will see the addition of Emma Wilson, Kay Gallacher and Michaela Moore.

Manbeast Events director Andy Picken said: “There is growing diversity in strength sports and women are demonstrating great dedication to training and some awesome displays of strength”.

He continued: “The female and male athletes are really excited about this year’s Peak District Highland Games, with some amazing competitors lined up. In 2021, Dave Thornton beat twice PDHG Champion Scott Mark Litchfield and it will be interesting to see if one of these can take the title again.

With the introduction of some new athletes, notably 6 feet 7 inches tall young strongman Terry Harrison from Lincoln, it will be fascinating to see how the new ones fair against the experienced and established field of athletes”.

You can find out more and purchase tickets for The Peak District Highland Games.