The Technique Stadium was the venue for a charity Burns’ Night in aid of the Chairman’s Appeal for Ashgate Hospice.

Guests donned plaid and enjoyed a traditional Scottish meal in honour of the great Bard.  The haggis was piped in by four Scottish pipers and Ode to the Haggis recited. The pipers provided a rousing rendition of various tunes reminiscent of north of the border!

Charlotte Beth, a local singer who has worked with professionals such as Michael Bolton, John Parr and LaLa Brooks, ensured a musical set of songs for everyone to enjoy and dance to.

Chairman of North East Derbyshire District Council, Councillor Martin Thacker said: “It was a truly amazing night.  It was great to witness guests enjoying a Scottish themed evening in this sell-out event.

“I am grateful to all those who played their part in realising a total of £2125 for a worthy cause.” 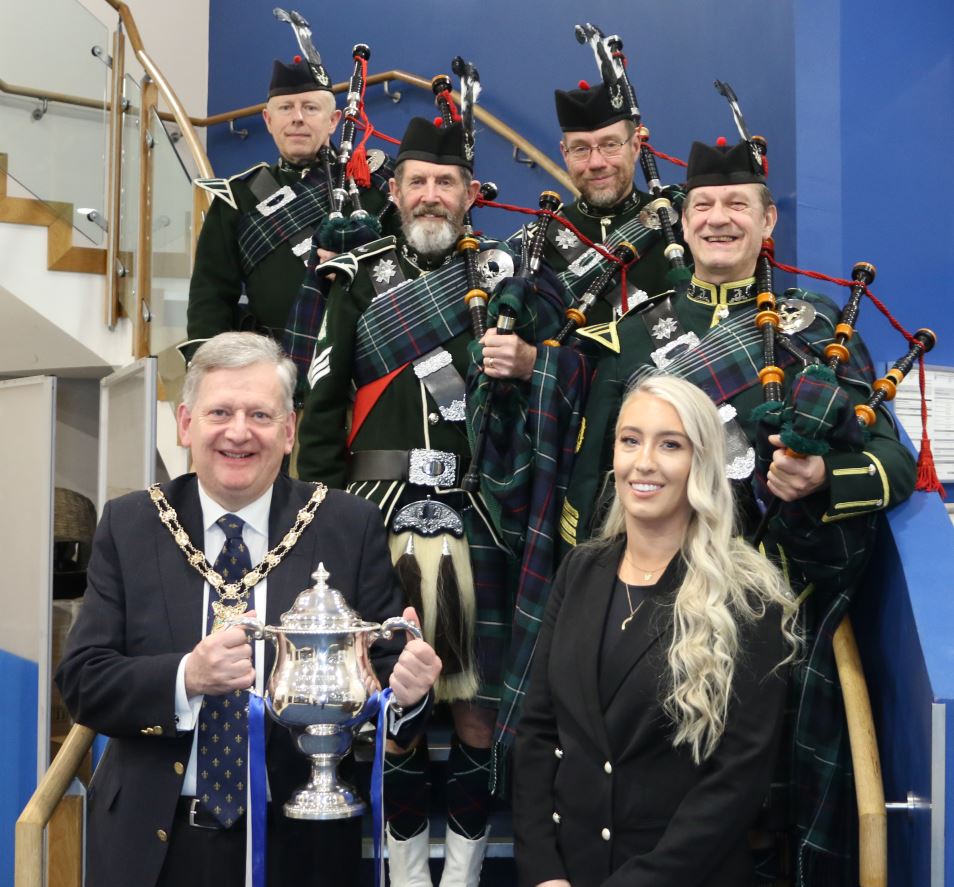