Cadet Noah Thackeray was formally sworn in by the Authority and signed pledges to support the Council Chair and Armed Forces Member Champion carry out their duties, and to be an ambassador for the Armed Forces Community and Cadet Detachments.

Councillor Martin Thacker, Leader of the Council said, “We are proud to appoint Cadet Thackeray as one of our Civic Cadets. He will play an important role in helping the Council to promote its support to the Armed Forces Community.”

“This appointment, as well as our work with partners to organise VE Day 75 Year Anniversary events in May 2020 and provision of assistance and information to residents who are part of the Armed Forces Community, show our ongoing commitment to the delivery of the Derbyshire Armed Forces Covenant.” 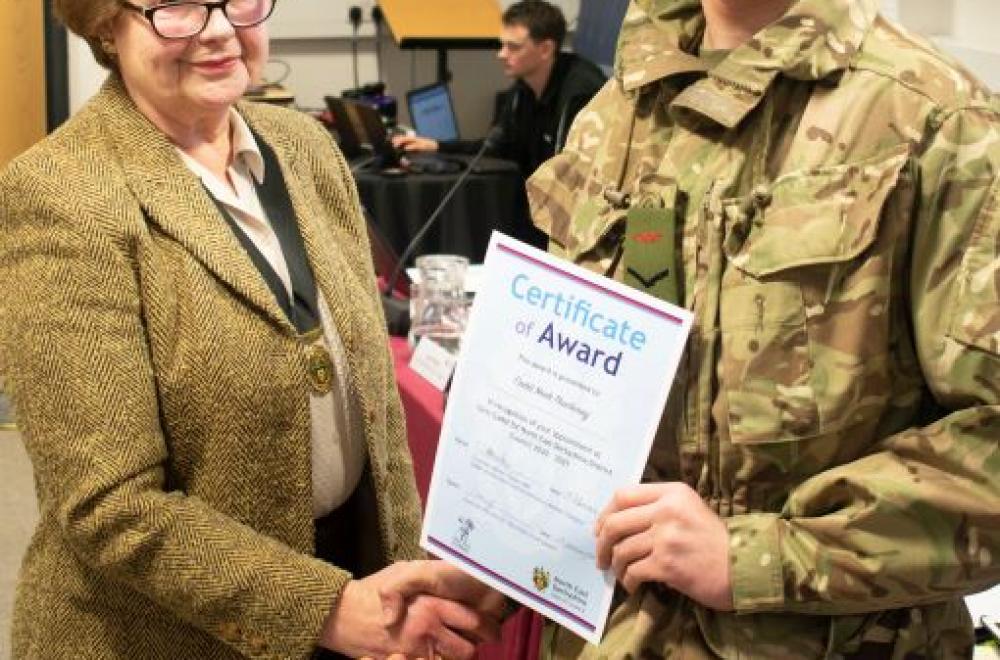