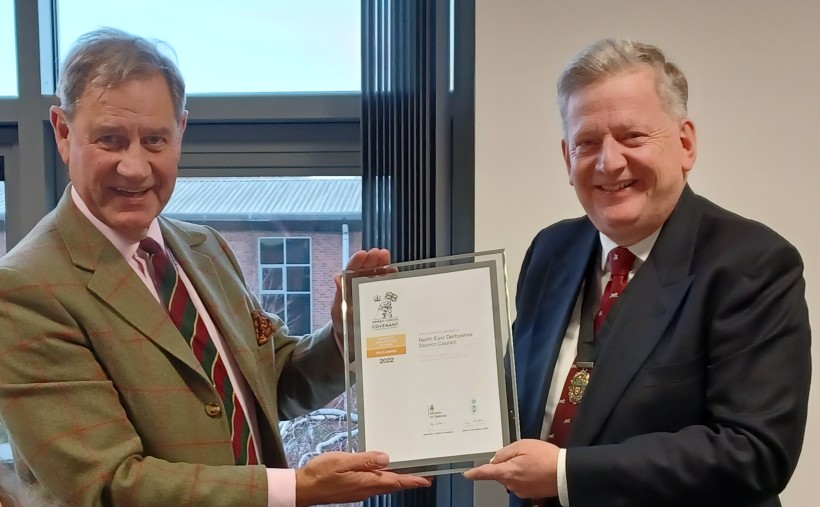 North East Derbyshire District Council has been officially presented with the Defence Employer Recognition Scheme Gold Award, for its outstanding support to the Armed Forces Community.

The scheme recognises organisations who pledge, demonstrate and advocate their support for the defence community, with three levels of awards available – bronze, silver and gold.

Cllr Thacker, said: “The Council is proud to have been awarded the Defence Employer Recognition Scheme Gold Award for outstanding support to the Armed Forces Community.

“It’s wonderful to hear that amongst almost seven million employers in the UK, just 638 have received a Gold Award and we’re one of them! So, this achievement is really something to celebrate.”

“I’m incredibly proud of what we have achieved.”

To win an award, organisations must have supportive HR policies in place for veterans, Reservists, and Cadet Force Adult Volunteers, as well as spouses and partners of those serving in the Armed Forces.