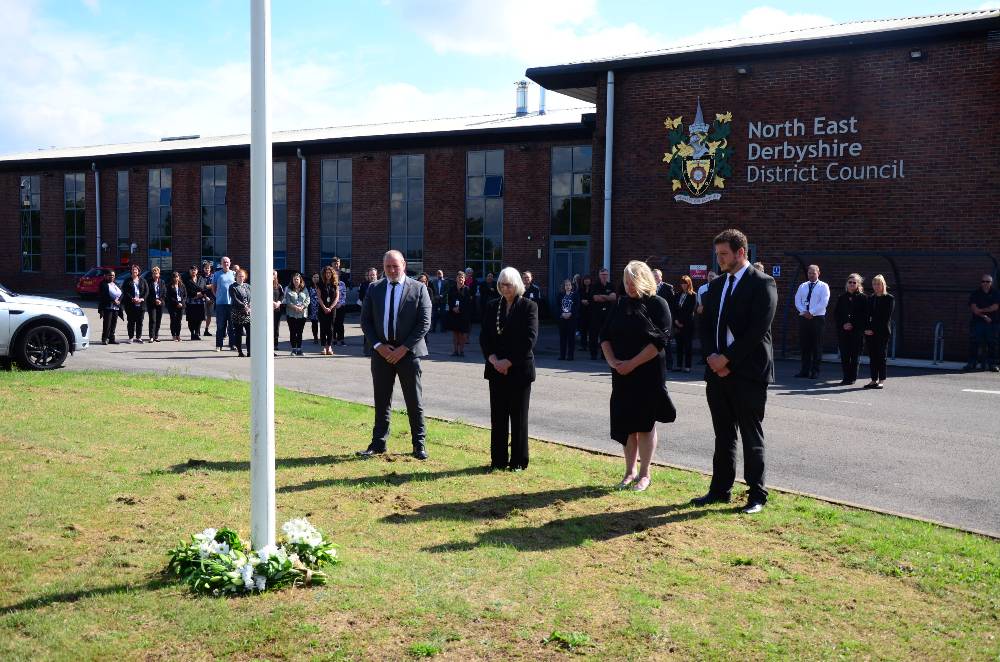 It is with deep sadness and sorrow that North East Derbyshire joins the country in mourning following the announcement from Buckingham Palace that Her Majesty, Queen Elizabeth II has passed away.

“We are deeply saddened to hear of the death of Her Majesty The Queen.

“As a mark of respect, the flag is being flown at half-mast from our council building at Mill Lane.

“We know a great many residents will also want to pay their respects, so books of condolence will be open at Mill Lane, Wingerworth, Dronfield Sports Centre, Eckington Swimming Pool and Fitness Centre and Sharley Park Leisure Centre in Clay Cross. There will also be a book of condolence open at Killamarsh Parish Council.

The books will be open from today (9 September) at 2 pm and will remain open during normal business hours at each location.

An online book of condolence has been made on the Royal.uk website.

“The above locations will also be available for anyone wishing to lay flowers”.

Guidance for laying of flowers:

The reading of the Proclamation of His Majesty the King by the Council Chair Councillor Diana Ruff took place on Sunday 11th September 2022 at District Council Offices, 2013 Mill Lane, Wingerworth, Chesterfield S42 6NG at 3pm.