Hundreds of council tenants are now benefiting from warmer and easier-to-heat homes thanks to a major £12million investment scheme by North East Derbyshire District Council.

This week it celebrated an important milestone - the completion of the 400th home to undergo External Wall Insulation (EWI) works – that will make the property more energy efficient, help residents to control their fuel bills and support the council’s efforts to cut carbon emissions in the district.

The insulation work has been carried out in partnership with the council’s housing company Rykneld Homes.

The partnership received £2.13million of government Green Homes funding towards the scheme allowing additional works including new roofs, windows where needed and new soffits, facias, and gutters to be fitted.

Council Leader, Alex Dale, said: “Thanks to council and government investment, hundreds of homes in North East Derbyshire are now easier to heat and keep warm, helping residents to control their energy bills.

“The work will also benefit the wider community as it helps to improve the environment for everyone by reducing carbon emissions.

Cabinet Member for Housing, Cllr Carolyn Renwick said, “We are proud of our investment to improve housing across the district and tackle the legacy of hard to heat, non-traditionally built homes.

“Not only are these homes now more comfortable for residents, but the external upgrade has also improved the appearance of estates and neighbourhoods.”

The regeneration scheme will see a total of 427 homes fitted with external wall insulation.

The work has been carried out on non-traditionally built properties which are not constructed from bricks and mortar – but are generally built around a steel or concrete frame – making them hard to heat and keep warm.

The improvements have been made to homes in Mickley, North Wingfield, Dronfield, Unstone, Eckington, Renishaw, Holmesfield, Barlow, Wessington, Holymoorside, Cutthorpe and Woolley Moor.

The Eckington home of mother of two, Sharon Willoughby is one of those that has undergone the EWI work. “It has been worth every penny and is money well spent,” said Sharon who has lived in her home for 17 years.

“Before the house was cold and draughty and we could never get some rooms warm. Now the house is lovely, and we are all really noticing the benefit. Hopefully, the insulation will make a big difference to our heating bill this winter – even though prices are shooting up.

Once all the houses are insulated the total carbon saving in North East Derbyshire will be 335 tonnes per annum and 9,715 tonnes by 2050. 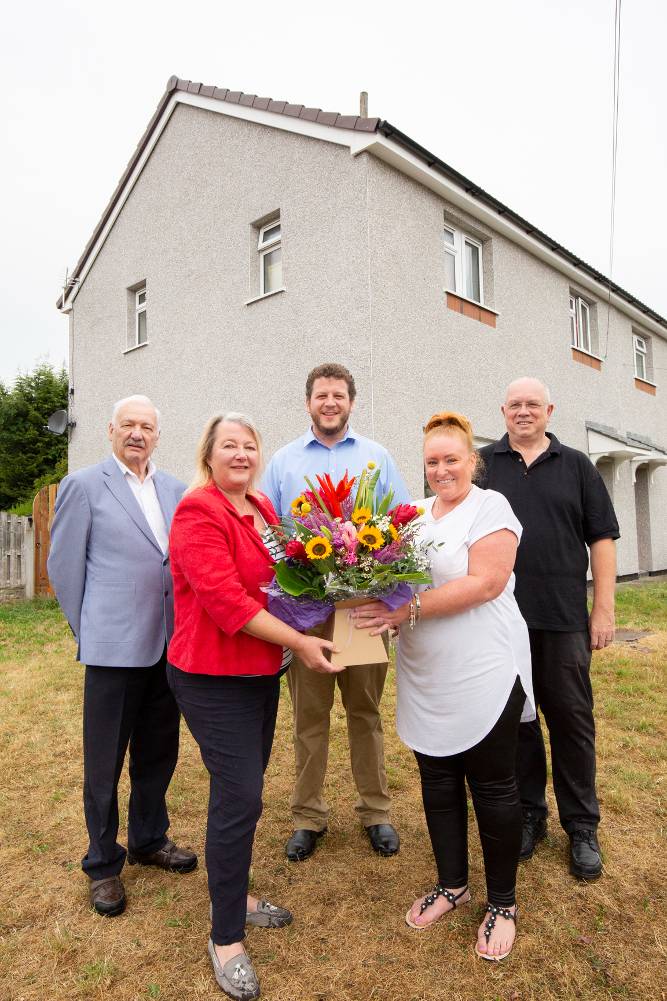