A man has been charged in connection with the deaths of a woman and three children in Killamarsh.

Officers were called at 7.26am on Sunday 19 September to concerns for safety of those at a house on Chandos Crescent. The bodies of 35-year-old Terri Harris, her 11-year-old daughter Lacey Bennett and 13-year-old son John Paul Bennett, and Lacey’s friend Connie Gent, also 11, were found at the address.

Damien Bendall of Chandos Crescent, Killamarsh, has been charged with four counts of murder. The 31-year-old will appear at Southern Derbyshire Magistrates’ Court this morning.

A GoFundMe page has been set up to help the families of the victims and donations have reached over £21,000 so far.

North East Derbyshire District Council, Rykneld Homes and Killamarsh Parish Council representatives have today paid their respects to the victims of the tragedy in Killamarsh with the laying of flowers at Chandos Crescent.

Our heartfelt condolences go out to the victims’ families and those affected by the tragic events.

Derbyshire Police are keen to hear from anyone who was in the area of Chandos Crescent between 6 pm Saturday 18 September until 7 am Sunday 19 September and are urging those in the area with video footage from mobile phones, dash-cam or doorbell video from the same times to submit this via their online portal  https://mipp.police.uk/operation/33EM21A24-PO1to help with their investigation.

North East Derbyshire District Council are flying the flag at half-mast at the district offices as a mark of respect. 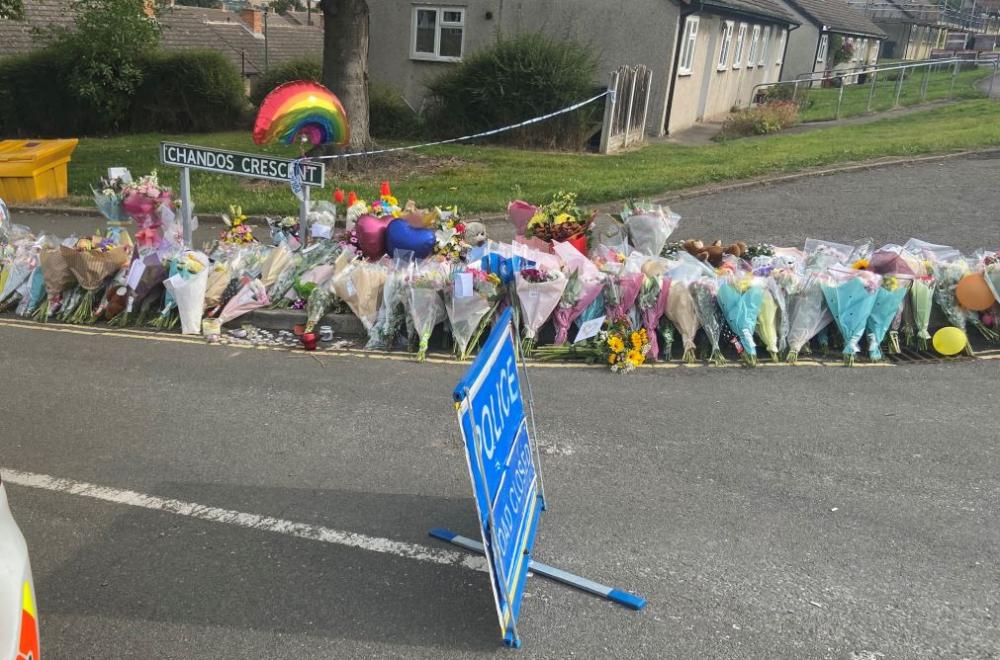 There has been a tragic incident involving residents of a council-owned home in Killamarsh, early on Sunday morning. Four people were discovered dead at the property and a man has been arrested on suspicion of murder.

I would like to offer my heartfelt condolences to the family and those affected by these tragic circumstances. This terrible news has come as a huge shock to all of us across the district.  Killamarsh is a close knit community and I would like to reassure our residents that we are supporting Derbyshire Police.

We are aware of the great deal of activity on social media from residents who are understandably shocked and distressed.  We’re encouraging everyone to please be respectful at this extremely difficult time and to allow the police to conduct their investigation.