New Chair of the Council Elected

North East Derbyshire District Council has elected Cllr Diana Ruff as the new Chair of the Council for the up-coming civic year.

Cllr Ruff will be replacing the departing chairman, Cllr Thacker and will be raising funds for Soldiers, Sailors, Airmen and Families Association (SSAFA) for her year in office.

“I am looking forward to also helping raise funds, this time for SSAFA, who can sometimes be a forgotten charity, one which is close to my heart after my father was a serving member of the Royal Navy”. 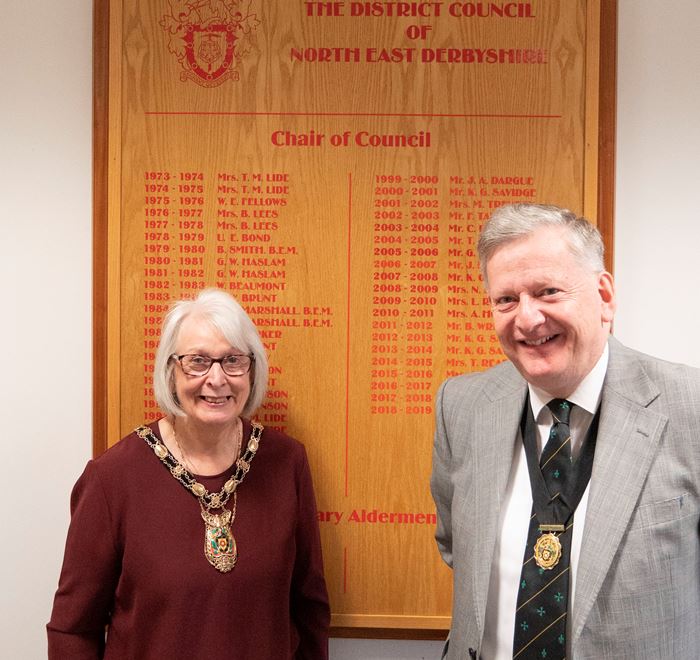